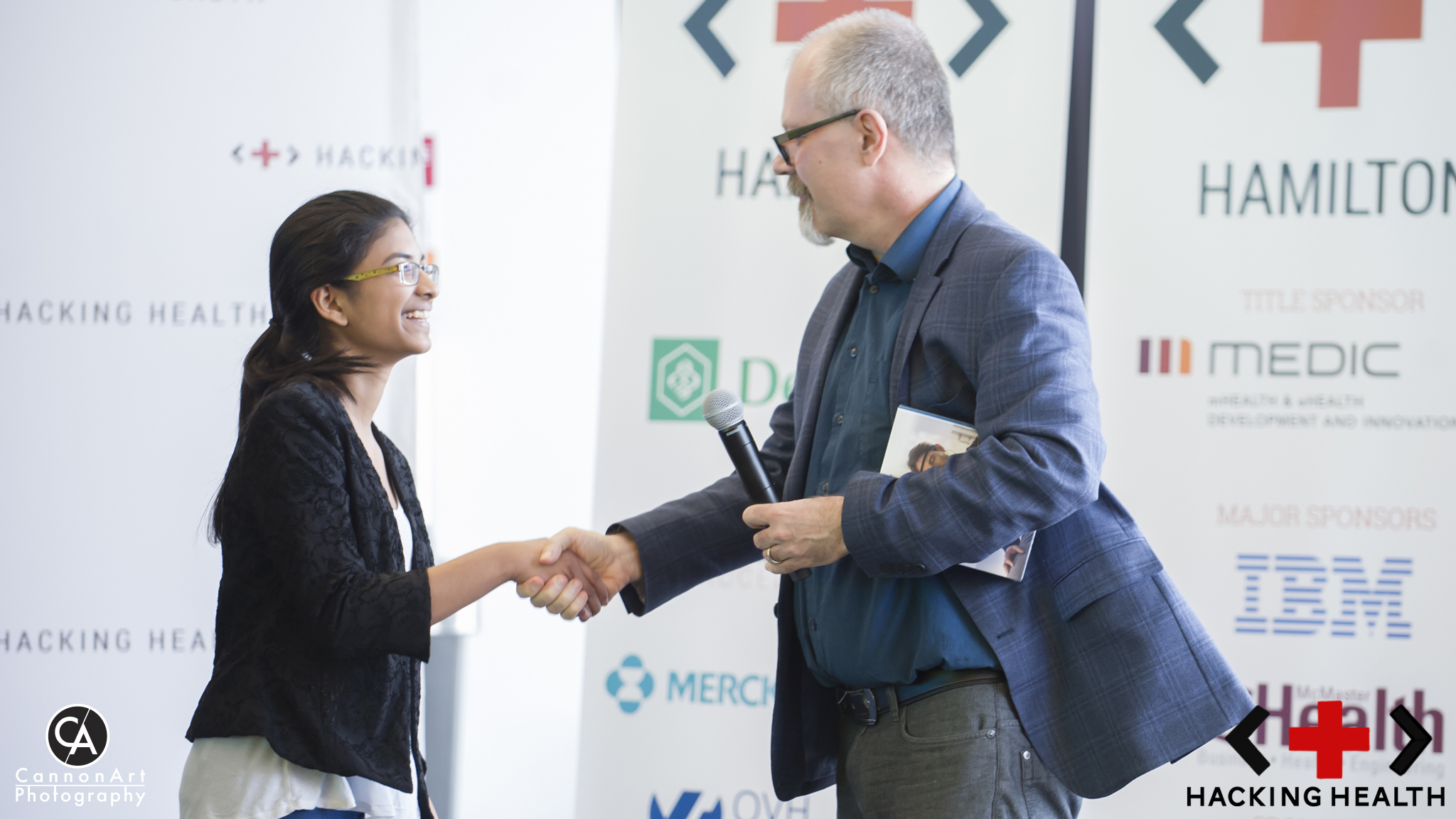 High-school student Riya Karumanchi, at the age of 14, came to our 2016 hackathon with an excellent problem. Her friend’s visually-impaired grandmother was using a white cane. Riya noticed that while the cane worked well to help avoid obstacles at the ground level, it didn’t do so well for objects at waist-height, like tables.

“I always thought that the white cane had some sort of technology in it to help a person navigate,” said the now 15-year-old. “She was just relying on a stick that was never updated.” CBC: How a 15-year-old entrepreneur is reinventing the standard white cane with smart technology

Riya’s concept was to create a cane enhanced with Internet of Things technology so that it could detect objects and warn the user. A team of hackathon attendees spontaneously spontaneously formed around her project, including IoT specialists and 3D printing experts and designers—all of whom were convinced by Riya’s problem presentation and her obvious enthusiasm and intelligence. Over the course of a single weekend they created a prototype SmartCane that used ultrasonic sensors to detect actual objects at table height and vibrate the handle of the cane as a warning. They demonstrated a working prototype and came away with the People’s Choice award and a Muse headband prize. 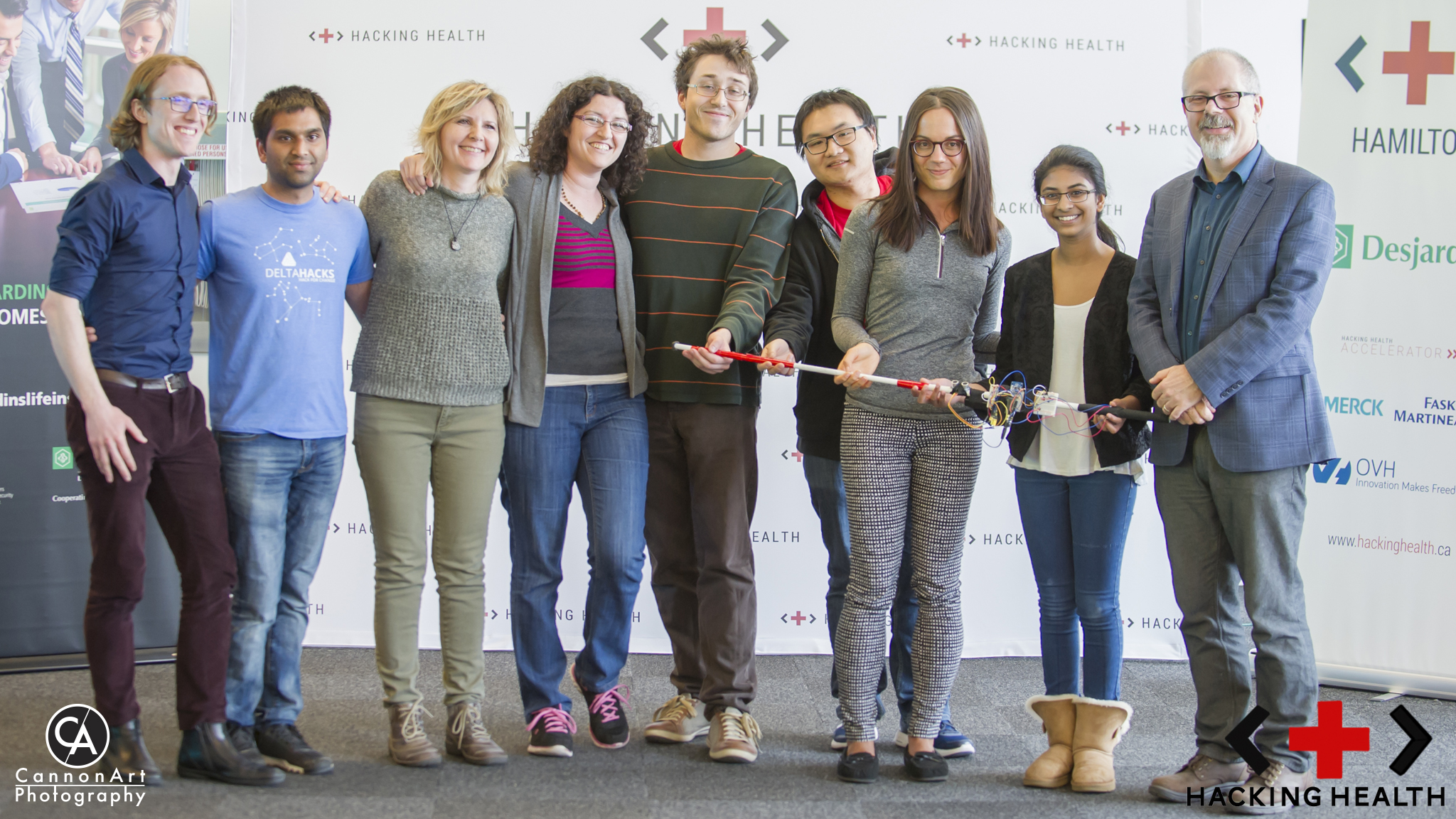 Riya has persisted and has been supported by the Mohawk MEDIC lab, the University of Toronto Creative Destruction Lab, and the Ryerson University DMZ Accelerator to develop the SmartCane into a startup funded by the likes of Microsoft, raising more than $50,000 to date. 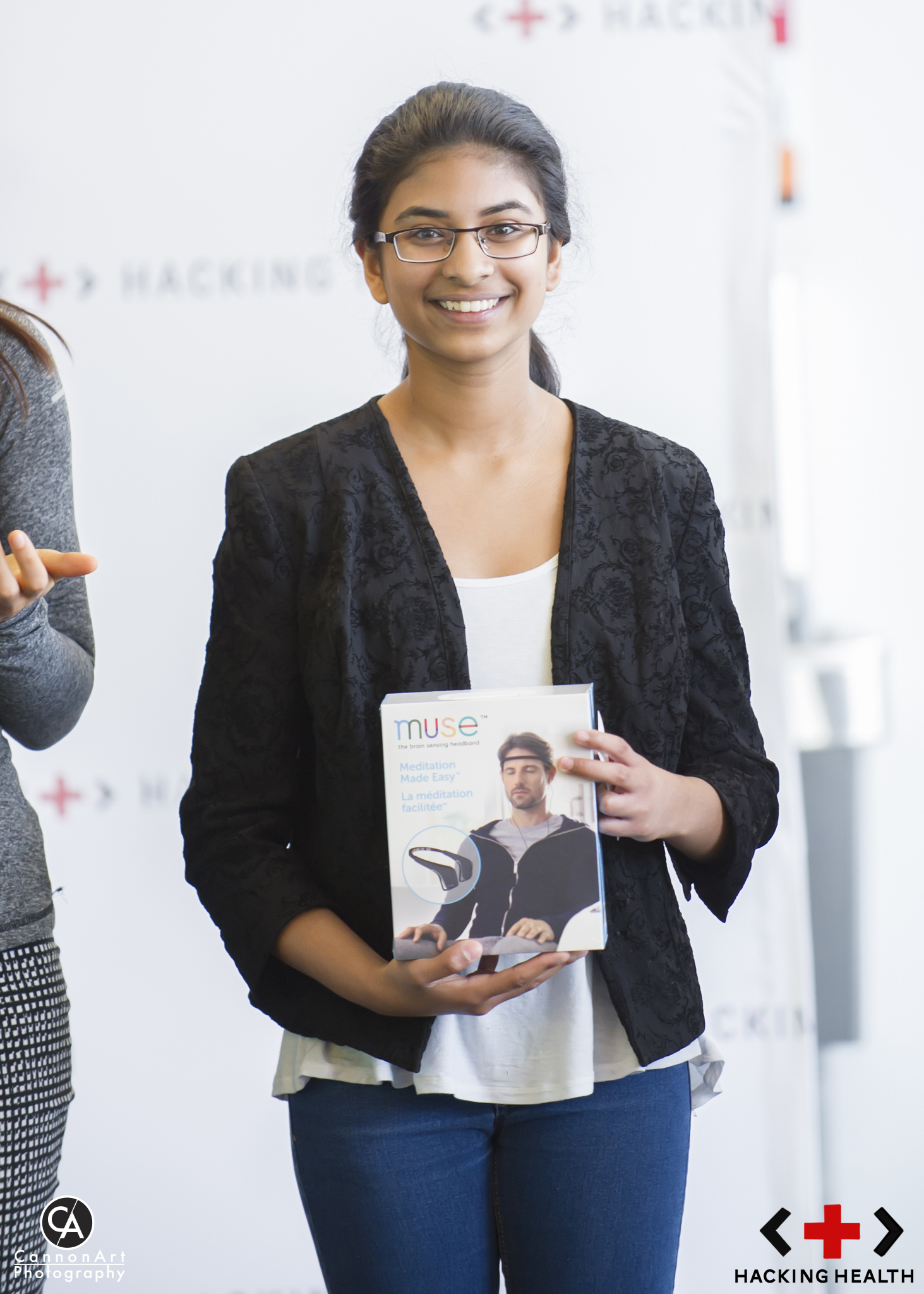 Riya Kuramanchi won a Muse headband prize from our sponsor